It’s rare to have a new way to attract traffic these days. But Linkfest Haven Deluxe aims to do that. It will utilize the trackback feature that is inbuilt to attract traffic. It’s still a relatively quiet little phenomenon at the moment. But once InvestorBlogger blows this feature sky high on his blog, there’ll be thousands of people hoping to capitalize on it. 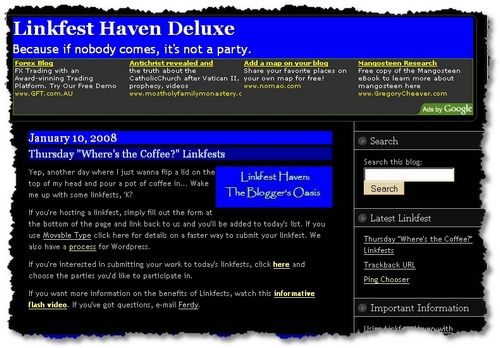 In Linkfest Haven’s own words: “The purpose of a linkfest is to help bloggers promote their work. The key technology used by linkfests is the trackback ping.”

A new article is published every day, and participants can ping the article and get their blog listed on the host site. The pings on that post are left open, so the festival should be largely automatic. 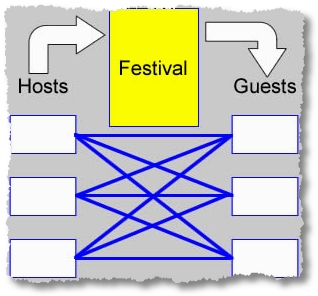 This brief buzz will illustrate how it works. Once each article links to each other, traffic will hopefully visit. So let’s try it. Once I’ve done this a few times, we’ll see how it works then I’ll do a full step-by-step guide!