I’ve been busy these past few days, one of the reasons I don’t post much on this blog. What have I been doing?

In the effort of building my own product site (click to see the post about that), I realized that I needed very specific photographs for my site, far more so than I had anticipated.

I had originally thought that I would be able to get by using photos purchased from Istockphoto.com but I didn’t realize that the photos were merely depictions of generic items.

For many of my upcoming review and profile pages, I needed specific products that had been photographed: eg, Columbian Coffee Beans or Instant Coffee Powder or whatever.

It’s okay to use some of the generic pictures available, but if you want to be specific, you just can’t use generic photographs of products: there’s no way you can be sure what is being photographed.

I’m not sure of the legality of using pictures taken from places like Amazon either. Even though I’d be using the pictures to promote Amazon products, I wouldn’t be using them in EXACTLY the way they intended.

While I could use product manufacturer’s pictures without too much of a problem, I guess that part of the problem is that I can’t photograph or portray exactly what I wanted.

So enter the Light Tent 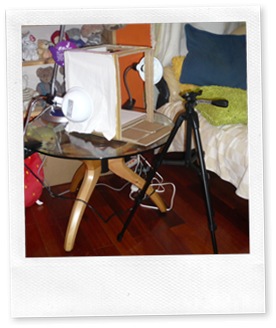 I know it’s not exactly impressive, but I thought I needed to take a first step rather than just sit twisting in the wind! So I did.

The exact instructions are here. I followed them as best I could. But I had to make up the part about the lamps I need. I ended up using 2 x 15W white light CF bulbs in each of the smaller lamps, and a 23W white CF bulb in the top light. There’s also a lot of ambient light from the room lights.

The other part where I had to improvise was the camera: I just used what I had, my Lumix LMC-DX30 which could do small and reasonably close up shots of products. I’m not exactly sure how I will be able to take photos of beans yet. That may require some artistry on my part, esp. if I can’t get a decent close-up. 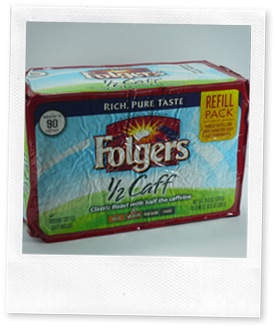 When you start taking photographs, it is merely testing the waters: take a look. Any feedback would be appreciated!

This picture isn’t well cropped, but that’s because I cropped it too closely. I know that. What do you think about the sharpness? The color? The background?

I’m making it up as I go along. I do believe the next few shots will be better but the background seems troublingly gray. I’m not sure why yet. The background is why, so perhaps there’s an overcast of shadow on the back.

Spacky is an interesting keyword tool that you might like to try out next time you are searching for keywords for your blog or marketing campaign.

It’s called Spacky and it provides search results and volumes for the top 3 search engines: one word, one site… three sets of results to compare. Add this one to your arsenal.

To use the site enter your keyword, and the captcha phrase. Then hit query, and you’re done. The answers are provided in a jiffy.

For marketers and business people everywhere, I thought this article would be worth mentioning on my blog!

When Did This Become About You?
The evolutionary biologists and psychologists are right about one thing – humans have a tendency to put themselves first. That makes sense – for example, you can’t save someone else from drowning until you’ve saved yourself first. Those scientists would argue that this is simply a survival mechanism, a way to help propagate the species.However, what started out as a survival mechanism has spilled over into every part of our lives. Americans in particular are known to put their individual needs ahead of the group’s needs. Perhaps you’ve seen this selfish behavior taken to sickening levels – face it, we all have the friend who only talks about herself and never asks anyone what’s going on in their life….moreadwritingtips

Let me know how it turns out for you.