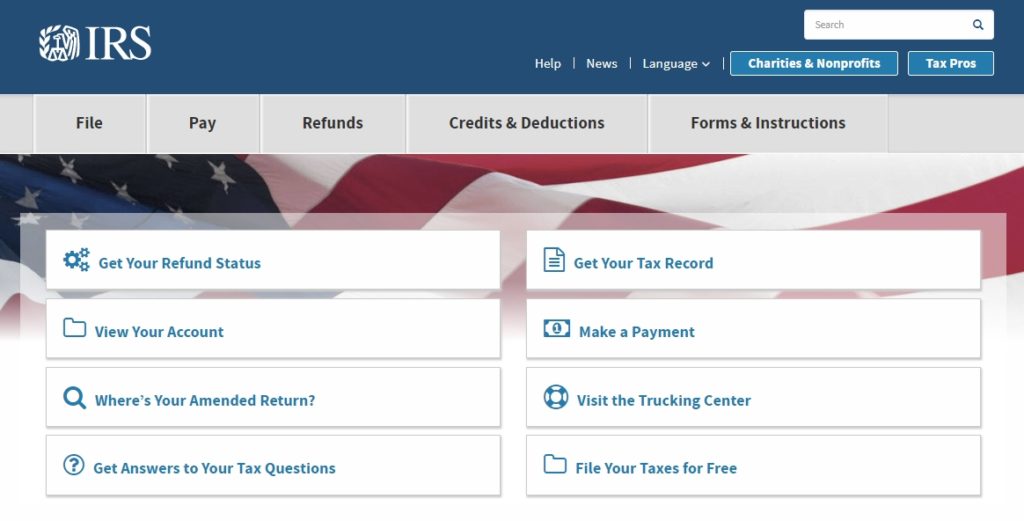 For those of you international jetsetters preparing your own taxes, it’s wise to keep an eye on the different financial years when you’re preparing your taxes and accounting records. 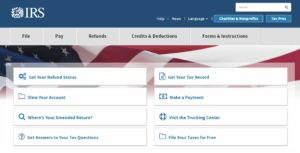 I’ve always had a tough time remembering this info when I efile, so I’ve prepared a helpful list of nine English speaking countries (and Taiwan), their fiscal years and tax deadlines for personal filing.

In some countries, the fiscal (tax) year deadline varies. There is also quite a variation in the deadline date, payment methods, even the nomenclature of the ‘personal income tax’. So always do your research thoroughly and consult competent tax and financial authorities before you submit your taxes.

There are stiff penalites for being late with your tax filing or even non-filing. So I cannot stress enough: do your research ahead of time!

If you spot any errors, please contact me and I’ll update this post as a matter of priority. Also, I’d like to link to some competent tax sources online, including the tax authorities, so drop any links and I’ll turn this into a real resource page.

Recently, Adam Rahman from Singapore wrote and asked if he could interview me. Of course, I was flattered. Adam is a student at the Singapore Management University. It turns out he was interested in the growth of social media in the Taiwan and its applications to businesses. I only hope that I don’t disappoint him with my answers. Anyway, here goes.

"I hope the answers are helpful, though some are not obviously relevant. My school site is http://nozkidz.com (be sure to have Chinese enabled on your PC/Mac when you view it, otherwise you won’t see much!)

– What was the reason for deciding on blogging about your personal experiences in business and financial ventures?

Partly context, partly opportunity, partly interest. I had been blogging for a while on my main blog (investorblogger.com) when I found that it was quite an interesting and challenging task. So in 2006, I moved my blog to a new location, and refounded InvestorBlogger as a more focused blog. By then, I was noticing things that I found interesting and began to develop more of a content. The opportunity came in the form of PayPerPost which started paying bloggers for certain posts, and I found the spur to write was the need to have solid content between paid posts, and for paid posts. That was when I really started to see improvements in my blogging. Of course, in 2006, I had been a co-business owner for quite some time, and a very poor investor for a decade, so these were contributing factors. There was no overarching reason or motivation. Life is not that simple.

– What has the response to your blog been like? Is there a demographic trend in your readership?

The blog response has been lukewarm at best: why? Mostly because I failed to establish the blog in a clear and obvious niche market, I really didn’t know anything about SEO until recently, and I didn’t track my stats properly for the longest time. So in fact, I was just doing it for the writing and didn’t care that much about my readership. In that sense, it was very personal.

– You mentioned that the blog consists of three "nodes" of interest: blogging, money and technology. Do you view your blog as an important communication platform for aspiring business people?

No. Because I’m not teaching a course in how to be a business person or investor or blogger. It isn’t organized that way. Though perhaps it could be.

– What is the social media scene like in Taiwan? What role does it play for individuals who wish to invest in Taiwanese businesses?

Social Media is recently becoming very popular in Taiwan, though there are some weird ideas about its role. FaceBook just took off because of the games, though it had been gaining ground for quite a while. Twitter is a non-event here, largely (thank god). But the bigger 2.0 properties seem to be Plurk (which I never use). I would say: for average individuals, it plays almost no role at all. Why? Because technology here is largely dependent on which age group you are in contact with: with over 50’s faxes are all the rage; with over 40’s it’s email; with over 30’s it’s FaceBook; with over 20’s it’s the mobile Internet…. With under 20’s it’s all gaming… on PC, XBox, PSP, etc. But if you are wishing to invest in businesses here, unless it’s Technology, you’ll need serious face time: to understand who you can do business with, who you should avoid, and the cultural mores.

– You mentioned in one of your posts that you were utilizing a dual strategy of promotion (on and offline content) for the Dickson English House. What are some of the challenges faced with both traditional and online forms of communication? Have you considered using other social media platforms such as wretch.cc or Facebook? Why or why not?

We have a FaceBook and Wretch Page as well as a couple of others, though that was mostly for SEO reasons. The sites are largely undeveloped compared to the main blog. Simply because I lack the written fluency to write for them, and the other people in the business are already too busy or too uninformed to do it. Since improving the SEO of our main site, though, we’ve noticed a big jump in rankings on Yahoo! TW and on Google as we targeted about a dozen keywords and now rank on page 1 for most of them. We also experimented with Hubpages, Squidoo, WordPress.com, EzineArticles etc. but frankly speaking building SEO placement and traffic is relatively more difficult (fewer options) in Taiwan and much more about on page optimization than anyone admits than external linking (that goes for Google, too!). Offline, options are limited for small businesses like ours: ads on radio/tv – too expensive, too ineffective; newspaper – irrelevant; AdWords – ineffective so far; posters, flyers and word of mouth are the most successful means for reaching customers; and our website is helping increase our profile but only in our own narrow niche "English Schools in Tamsui".

– People are usually critical about corporate blogging and other affiliated online content. Do you think this is so in Taiwan? If yes, how can businesses go around this?

I’m not sure about that. But perhaps because of my own personal opinions, we do not dress up our site or our students particularly when we feature their speeches (Youtube) or writing on the website. I try to portray as accurately as possible what our students can (and can’t) do… I leave it to our competitors to lie and paint rosy pictures (like Hess Schools) that delude customers. So our videos are largely what happened (rarely cut or redone), and never retouched. If I had the resources, perhaps I would do more with the postings/content, but I think our website is attractive because it’s ‘au naturel’, as it were. If potential customers come looking for rosy visions or impossible dreams (for their kids), then they are not our customer type. They don’t get what we’re about. Luckily, we see few such customers, and we chase them away in the end.

– What should businesses know before they engage the social media in Taiwan?

Perhaps the only thing: if you want to build a static site, then you shouldn’t use any social media. Why? Social media requires that there are people and resources available to monitor and run the operation. Most Taiwanese sites (ESL types) tend to focus on static type sites, and are much more formal. We chose to set up a blog because it made thing easier to operate and manage. Then it turned out that we were able to capitalize on that in a number of way: riding the 2.0 trend, creating a more vibrant site, and that it was something we cared about, not just a way to attract more students. But it’s that commitment to making the site uptodate and relevant to what we’re doing that is needed. Too often, people start 2.0 type sites and then months go by and nothing is updated at all. It just looks stale. Static sites don’t look stale by comparison.

If I may, I’d like to share some of my answers with my readers, too. Hope that helps.

Gold is an exceptionally valuable commodity these days. To show that I already my own ‘stash’ in the bank vault, I’m happy to share this picture of our ‘wealth’. 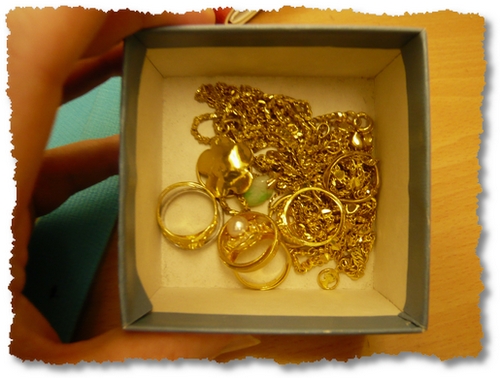 In the West, I was used to seeing gold used in jewelery purely as one or even the largest component. When I first came to Taiwan, I was astonished how yellow (or ‘gold’) the was, and when I first got my gold wedding ring, how soft the metal actually is when it’s in nearly pure form. Most of the gold sold in China and Taiwan is of this type. Taiwanese especially value gold both for its beauty and its practicality. It’s easy to turn into cash.

Historically, there have been times when gold was perhaps the only store of true wealth here after the 2nd world war, during the tumultuous period of the Chinese Civil War, and so local people have traditionally valued it as a way to hedge their currency, protect their family ‘wealth’, and to carry easily, should the need arise.

I have no idea how much this is worth, but it’s probably not much. Christine received some gold as part of her wedding present, some of which is included here. It’s also traditional for brides and (to a lesser extent) and grooms to wear or flaunt as much gold as they can. Usually, some of the gold is presented to them, some is kept as part of the family wealth, and some may be ‘loaned’ from relatives.