The 100 day moving average is a useful tool for any technical investor. However, this is only the starting point. There are many different moving averages.

This is one of the first tools you should learn as well as one of the most common ones. It is simple to understand. That is why investors who are more into fundamental analysis still refer to them every once in a while.

How They Are Calculated?

The 100 day moving average takes the closing prices of the day for the last 100 days.

The Different Lengths Of Moving Averages

The longer the days, the slower the moving average will move.

For longer-term trading, two common moving averages that are used in conjunction with one another are 50 and 200. When 50 crosses above 200, it is a buy signal. And vise-versa.

Many short-term traders have found using the 4, 9, and 18 day moving averages together to be quite useful.

The Different Kinds Of Moving Averages

The example I just described is refereed to is known as a simple moving average, or SMA for short.

The four different kinds of moving averages are, linear weighed, exponential, simple, and variable. Out of the four, the simple moving average is the most common. I will go over one more. The second most common one, the…

The The Exponential Moving Average (EMA) is different from the SMA in a few ways. It is different because the calculation that is used to come up with it is different. So, the circumstances in which you would use it are different as well.

It was created to get a more fair idea of how a stock is trending. This does not just take the average of the last however many days, like the EMA does.. It goes one step further. It weighs each day differently. The more recent days are weighed more heavily.

Because of this, you will see a quicker reaction when using this moving average than you would with a SMA. This one is not better. It is just different.

Choosing The Appropriate Time For Each Moving Average

There are circumstances when it would be better to use the EMA as opposed to the SMA. and vise-versa.

Every circumstance will be different. You must find out which combination will be the best to use at that time. And, not every stock works well with moving averages. Only the ones that are trending.

The length of the moving average you decide to use will effect your outcome as far as false indicators.

However, even if you are only trading in the short term, its a good idea to have a longer-term moving average open, such as the 100 day moving average. You can look at this to see the general direction that your possible investment is moving.

Use The MACD As A Substitute

If you do start using more advanced oscillators, you will unintentionally be using moving averages anyways.

One of the most common, and one that I always have open of the various oscillators is the MACD.

With this, you can quickly tell when they cross each other. You may want to use this as a buy or sell signal. I will go over buy and sell signals in just a second.

How Many Moving Averages To Use At One Time 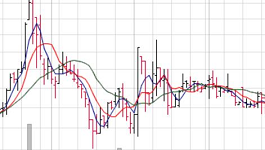 Many people use two moving averages at the same time.

Using two moving averages is kinda the middle ground. With two, the crossovers are determined when the shorter moving average crosses over the longer one.

With three, you just have more of a warning of a trend reversal. Lets say you use some common numbers: 4, 8, and 18. 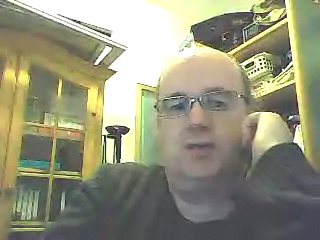 I was starting to think of constructive ways I could develop this site a few days ago, when I was going through the archives. A few years ago, when this site started, there was a lot of interest in personal finance blogging. Some of those sites are still around, and doing well; others have fallen by the wayside.

InvestorBlogger was one of those sites… but for various reasons got sidetracked first by ‘making money online’ then by the Google shenanigans. Later, I spent a lot of time developing my coffee site out to a full site. But with the Google mistreatment of many sites, the new methods of socialising, and improving tools, InvestorBlogger kind of took a back seat for a few years.

In future posts, I’ll detail some of what happened during those ‘sparse years’.

The good news is that I’m now reloading InvestorBlogger, with material & tools that I’ve purchased and created along the way… and for those of my faithful readers who’re still here… thank you! I hope that your faith will have been rewarded.

But I’ll be honest, the weight of 1700 posts in this archive makes me feel like there’s a huge weight on my shoulders… some of which resolves around my desire to make a readable, cogent blog for readers. How on earth can I do that? How can readers find useable material on this site, given there are so few tags and search is hobbled somewhat? I have no idea!

But if you stick with me, I’ll try to find ways to present this content in ways that are interesting, topical and perhaps a little technical, too. 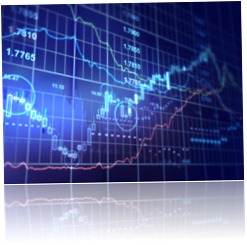 How’s your stock trading doing? Have you been successful in the past ten years? Or has your 401K or personal investing account been sucked dry the gyrations of the stockmarket over the past few years?

Are you looking to get started with your first time investments? Or are you now dipping your toes back in trading because you want to rescue your current investment from its double digit losses?

You’ve read the newspapers, you’ve watched the TV news, perhaps you’ve even dabbled less than successfully with a few stocks …

Successful Stock Trading aims to take you from setting your foundations right through to finding and making successful stock trades.

While we won’t tell you which stocks to buy or sell, I’ll be giving you examples of what works, what doesn’t, and tips on managing your money and your investing.

This site should be especially appropriate if you can answer ‘yes’ to any of the following questions:

This site started out as a personal journey on another website, a journey for me that began in 1995. What happened you may ask? One of life’s turning points: my marriage. For many people, the onset of marriage, the birth of a child, the prospect of retirement or redundancy, all act to focus the mind on one’s personal finances.

While I take you through the steps to successful stock trading, I will encourage, describe and examine the basic steps in light of my own personal experience. However, each of your own situations may be quite different from mine, and the story of how you arrived at your current place also different. As you correspond with me, I’ll try to offer my own insights, too.

Start at the very beginning

For those interested in stock trading, it’s a risky field, but one thing is certain: everyone needs proper foundations. By building up your foundations before you start investing, you will lay the the concrete for a stronger and much more satisfying experience in the stock market.

So let’s take a look at the basic steps to successful stock trading.

In the excitement to invest or trade stocks, many investors risk losing (and do lose) their shirts because what starts out as a gamble on a hot tip often means that person’s savings have gone down the tube, or perhaps even their next mortgage payment or more.

So putting your finances in good stead, though the least exciting part of the journey to successful stock trades, is in fact the most important.

You will learn the basics of how to budget, why to pay down high interest loans, the risks of borrowing. More than this, you will gain an insight into the laying of your foundations. You will also find out how and why you should set aside some real savings in the bank, even before you make your first successful trade.

This blog doesn’t aim to be a personal finance blog, so we won’t necessarily delve as deeply into this area as could be done. You’ll be pointed to other resources for that.

Step 2: We will find out about the stockmarket, what trading is, ways to trade stocks, which brokers are best, and which are suitable for successful stock trading. We’ll also look briefly at the different markets you can invest in: stocks, bonds, commodities, options, and much more.

We may even do some paper trading to help you see what mistakes you might make, and we’ll look at some online tools for those.

Step 3: We’ll look at what kind of risk profile and rewards you are looking for by taking part in the stockmarket.

Are you looking for early retirement, saving for a house, your child’s education or you just want to be ‘rich’… Whichever of these is your situation, we may have some suggestions that you could look at to help you manage risk, review your risk profile, and determine what your longer term goals are.

Step 4: This gets down to looking at some of the companies on offer and examines how to read financials for the fundamental investor. We’ll also be having a look at some stock portfolios that you could trade. Although I won’t be suggesting particular trades, we’ll look at some strategies and ways of organizing your portfolios.

Why do all the good words start with ‘re’? Simply because it’s your REsponsibility to do your own due diligence (check out any trades/stocks and information) on what you intend to buy or sell. No one else can do this for you. Nor should they. Many a pundit will want you to follow their model, their trades, and charge you a PRETTY PENNY for this information.

I won’t. That’s my promise to you. I’ll provide as much good value information as I can. Of course, you need to consider my input carefully before you make your decision. After all, it’s better to make your own decisions using your own research rather than accept the glib tenets and tired advice of some commission-based ‘expert’, isn’t it? That’s my aim, simply.

What qualifications do I bring to this whole affair? None. I’m a teacher who fell into business, started working on website development and reading about the stock market in depth nearly 15 years ago. I’ve traded stocks through the dot com boom era, earning a decent return before losing it all in the bust that followed.

I’ve clawed my way back with some effort to a portfolio that is currently worth around 50% of the dotcom boom period, but with a monthly dividend, and about 10% in cash at the moment. And I’ve decided to share my experience with you in the hope that you will learn from my mistakes, enjoy reading my website, and may even find a few decent resources to help you in your quest for successful stock trading.

The right tools: the right know-how!

Sometimes you have to act without having certainty. That is not to say you are acting irrationally. You are just acting with incomplete information. And sometimes you have to bide your time. Wisdom comes from being able to discern what course of action is required at the given point in time.

To read more from InvestorBlogger, have a look at our article index or keep up with our news by subscribing to our ‘feed‘.

Whatever investing you decide to do, remember:

* no investment is guaranteed,
* any returns need a combination of research and insight and guts
* and avoid loss of principal.