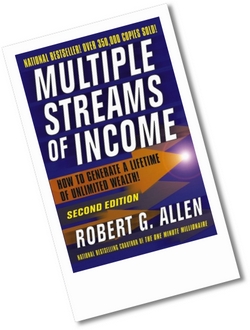 We’re often told that we need to diversify our investments to protect them. We’re given that advice to ensure we don’t put ALL our money in just a few stocks or mutual funds or bonds or options or whatever. Why? To reduce the risk that we will lose everything in a downward turn of the stock or market or economy.

To my amazement, this is what most people do EVERYDAY (not with their stocks, though) but with their CAREERS. They rely on these careers to provide 100% of their personal income, whether they are high-flying lawyers, multiply-skilled engineers, or teachers in elementary schools.

To offset the risk of being injured, sick or dying, employees of all income levels are encouraged by employers, government and private industry to purchase insurance to cover these risks. Of course, these policies require that the employee shoulder the lion’s share of the premium (whether or not the companies contribute). To reduce the consequences of unemployment which in our World 2.0 seems to happen with increasing regularity, employees are required to take out unemployment insurance with the government agency tasked with employee welfare. In most cases, injury, sickness, death or unemployment means a reduced income for an indefinite or permanent period.

Given these risks, and the single source of income philosophy most employees share, you’d think people would be willing to look after their money sensibly. Well, it doesn’t happen. How? Because these self-same individuals then go borrow money at multiples to their current annual or monthly salary to buy houses, higher interest personal loans for cars, and usurious rates for credit card purchases. The items they then buy are then used, used up, consumed or thrown out even before the payments are finished. In nearly every case, the item’s value is depreciated considerably by time, such that hi-fi, TV, washing machines, etc which may last more than five years are often replaced before or just after the personal loan that financed their purchase expires. It still shocks me, once I realized how we were encouraged to play the game, that we all fall into this trap without so much as a look over our shoulder.

It can’t happen to me!

Given the risks employees hold to themselves and their jobs, and given the lifestyles that their jobs and careers finance, when misfortune happens (and it does), it comes as a shock. It is a shock that causes a lot of immediate distress IN ADDITION TO any emotional distress that are directly caused by the misfortune itself. An example:

John Smith works in a car assembly plant in Michigan (for one of the ‘Big Three’). It’s just after Christmas in 2008, and there’s news of closures across the US. The company is losing market share, has the wrong products in its showrooms, and is losing money by the truckload. Massive closures come. For John Smith, who has worked there 15 years since high school, it’s a personal disaster.

He is informed that he’ll lose his job in three weeks. Of course, he’ll get compensation. But still he loses his entire career at once; he’ll lose his teammates (similarly fired); and he’s going to face an uncertain future until he retrains or finds new work at the Toyota plant (where rates are 30% lower for the same work).

Worse, he just bought his own new 4×4 on a car loan; his family owe $17500 dollars on credit card; the house is 100% financed (and the realty market is also suffering); and his bank balance shows $400. Tuition payments, taxes, cable bills, etc. are also eating into his already reduced income. And there is NO emergency money. In addition to his personal worries, he’s a period of difficult financial uncertainty, too. (This is a fictitious example).

Yes, it can. Yes, it does. It might just happen to YOU!

In May 2005, I caught bronchitis, and that was the start of a journey that took a number of weird turns. I was forced to stay home for over 10 days as I was sick and feeble. Bronchitis isn’t pleasant by any means, unfortunately, I didn’t get it treated properly the first few days meaning that my recovery time was longer than it should have been. However, it allowed me a chance to think about Multiple Sources of Income in a very personal way. I had just leafed my way through the book by Robert Allen’s book of the same name.

Read Wednesday’s post “A Man WITH A Plan” to find out what that plan was.