The origins of the stock market starts in 1606, when the first stock was issued. Trading began in the maritime empires of the Netherlands and Portugal. Those are the empires which revolved around sea travel and trade. From there the idea moved to Spain, England, and finally America, with the English colonists.

Raising Money For The War

So, anyways, back to the stock market here, in the US

In the beginning of the origins of the stock market, the practice of stock trading primarily involved the shipping and spice markets. considering that they started out in the maritime empires. The government of the time decided to sell bonds to rise money for the war.

Those are government notes that were promised to pay out some profit at a later date whenever they decided to cash them in. Then, right around that same time, private banks began issuing stocks to raise money. The whole creation was and is really ingenious.

Obviously, in time businesses decided it would be a good idea to raise money by selling stocks. This started in the mid 1800s. At first they weren’t regulated though, as they are today. Today, as you may know, companies have to be completely open to the public about their finances due to the Securities And Exchange Act which I will go into further detail in just a second.

Promoting the Stock Market in The New World

Who is Alexander Hamilton? Well, he was the first US Secretary Of The Treasury. But, relating to the current topic he is a mojor part of the origins of the stock market. Proudly he promoted the idea of bringing a stock exchange to America. He did this during his term, which lasted from 1789 to 1795. He studied how the British implemented the idea of a stock market and thought it would great for building a strong economy in America. If you ever take a trip to New York City, be sure to check out his statue, which is proudly held in the financial district.

The origins of the stock market also include the rich traders in New York City, who established the New York Stock and Exchange Board in 1817. That became the New York Stock Exchange in 1972 when 24 large merchants got together and decided it would be a great idea for the country. They also came up with the basic rules of trading, most evidently the fact that they would get together daily.

Eventually, the NYSE moved inside to 40 wall street. Then, in 1996 it was remodeled and become the 71-story building today known as The Trump Building.

The New York Stock Exchange is highly regarded among stock traders compared to the other markets due to the fact that they only include large, established companies. For smaller companies, they have to resort to…

The New York Curb Exchange to… The American Stock Exchange

As I’m sure sure you know, the NYSE is not the only stock exchange. There is also the American Stock Exchange, the NASDAQ, and many more.

The origins of the stock market state that government securities were traded outside on the corners of Wall Street and Broad Street in New York City. This was before the inside markets here in America were formed. I glossed over the NYSE. But, along with them, another exchange that came into play in 1842. They were called the New York Curb Exchange. As you may have guessed, they became the American Stock Exchange, or the AMEX. 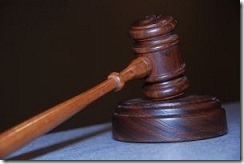 The origins of the stock market do not include government regulation when first starting out in it’s history. We take for granted that companies traded on the stock markets must be completely transparent when it comes to their books. I believe this is a good thing. It opens up companies for traders to make informed decisions. But, like the first generation of most things, the stock market was not regulated by the government.

During the industrial revolution, in 1900, the idea of one investor selling their shares to another investor for a profit came into play. This is what we know today as our commonplace stockmarket. Thus, the secondary market was formed, which is also known as The Speculators’ Market. And the market became more volatile because price became determined by supply and demand.

In 1929, the great stock market crash hit New York City hit New York City, and America. Obviously you probably weren’t alive then. But, we are going through the same thing now. It took fifteen years for the economy to fully recover. But only five for the government to step in.

In case you don’t feel like doing the math, that was 1934. The Securities And Exchange Act was passed by congress that year.

They formed the securities and exchange commission. They were created to regulate stock trading as well as police the daily market exchanges. And, they do that to this day.

The organization also includes overseeing the requirements for a company to issue stock shares to the public and ensures that the company offers relevant information to potential investors.

Over the years, the stock market went from a game of the rich to something being taught in school to 8th graders. If it were up to me, all kids would learn about the origins of the stock market at an early age.