Get a life!
I am not particularly interested in sitting on my keyboard and bidding minute-by-minute for items I don’t absolutely need on things like eBay, Payperpost and Stocks. Who has the interest to sit with their finger poised over the enter key? After being kicked off eBay unceremoniously, it’s made me somewhat more reticent to become involved in some kinds of websites. It’s also made me question why we should be doing that!

Missing Kodak
The second bit of news is that I lost my second digital camera. It was a Kodak C360 Model with EasyShare. Included in the camera was a rechargable battery, and a brand new 2GB memory card with photographs of our cute students! I didn’t make a copy, who’d have thought I would lose it! I know when approximately it went missing, and some idea where. But it has not been found… 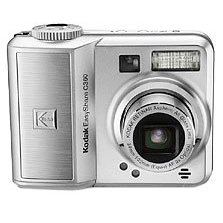 It was a nice little camera which took good photos in daylight, but the night time quality suffered from too much flash. I liked the fact I could take movies, but hated the fact that the movies were in QT format. I dropped it a couple of times, it had no problems with that!

When you lose things like that, it’s important to remember to let it go! I’m still trying to accept that it’s gone. I really hope that whoever finds it makes the most and takes great pictures… My own problem is knowing now which one I would like to replace it with…! Any ideas? Do comment me some suggestions… I’d be happy to purchase something more expensive, but I did have a soft spot for those with drop in batteries…! I won’t buy a Sony… but other brands… ? Let me know!

New Server
I’m happy to report that I’ve been moved to a new Virtual Server, courtesy of Dreamhost . I had been thinking about it for a while, and finally opted to go for it after the problems with the blog on a shared server. You can check out how the PS works here. Since Dreamhost is now offering only one plan, I opted for that, and decided to spend the extra money on my server. Here are my stats for the last few days, it’s fun to see how things go up and down. There’s also a reboot server button for when things get sticky! It works a treat.

I’ll be doing a full review of the service in about a couple of weeks. Suffice to say, if you’re interested, you can use my special Dreamhost Coupon. To celebrate Dreamhost’s 10th birthday , I’m offering the Triple 10 – That’s get 10% more bandwidth, 10% more space, and 10% off the price, too, on ANY plan, and that’s in addition to the discounts that Dreamhost is offering for longer term contracts.

If you’re interested, when you sign up , you can use the DreamHost Promo Coupon Code: DH10THBIRTHDAY . And yes, pass it on!

Argus: Payperpost’s new system
After Payperpost’s proposed deal with Performancing fell through, they were left without a reliable stats program for traffic. Alexa isn’t particularly reliable for low volume, Google PR is getting strict, not to mention, VERY Slow in updating, and Analytics is private, there are no public options at all. So Payperpost is developing their own set of tools! I was invited to help track the data and verify their own stats. I’m not sure of the implications for Posties, yet as I have not seen Argus, but you can find out what’s known here. There’s a lot of talk at the moment about Argus in Payperpost Circles, what is Argus? Who knows…?

And that’s it on InvestorBlogger’s News Round-up!