But first some recent stories that you may have missed:

New Blog or Two: MakingREALMoneyBlog is the new home for the Carnival of Making Real Money. It will be hosted on a WordPress install with all the usual plugins, that I like to use: BlogRoll Page, All-in-One SEO Pack, Feed Footer, XML Sitemaps, Lighter Admin Drop Menus, obsocialbookmarker, PXS Mailform, SRG Archives, Spam Karma II, and Related Posts. Plus one or two others that I haven’t activated yet. But…

BUGGY WordPress: … some new installs of WordPress are BU G G Y… Yep, the visual editor bar refuses to show up at all on some of my newer sites… Here’s a glimpse, I’m still trying to find out what is causing the problem, but it wasted a lot of time last night, so I’ll be using the code version for most posting until I can find the cause. I will also use BlogDesk.

Where did the WordPress Icons go…? It seems nobody knows. There are as many reasons and solutions as there are angels on the head of a pin. I can’t figure out what’s wrong at all. So I moved the whole domain from the original user to another that was okay, and hosted a WordPress Blog without these problems. And voila! It worked… so here goes… Problem finally solved. Now I’ve just got to move ALL those plugins. The technical explanation is: I think the original ‘user’ was jinxed somehow: I had problems setting up WordPress, with faulty permissions, etc.. so I’m just glad that it works now. 😀 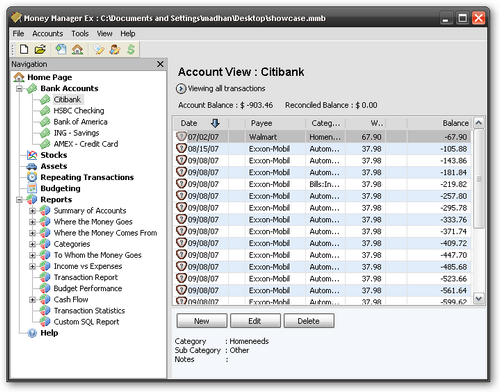 It seems to offer a lot of flexibility, features and charts. It may not be the level of MS Money, but then I never cared for that, it should allow users to begin or learn how to use a Money Managing Program. I have installed it on my PC at home, and I’m wondering about whether it can be used for a USB Key as well. Anything to make my life a little easier!

Clearing out Google: I’ve now removed the nice little screenshow from Picasa from the blog. It was quite an attractive element and added some visual punch, but I moved all the pictures to Flickr as part of my campaign against Google. I’m about to add a Flickr plugin soon, once I find one. Any suggestions?

Out of the nine original Google services I identified as using, I have already dropped three from InvestorBlogger: Picasa, Reader (except for the marketing of this blog!), and Adsense. I’m working on YouTube as a User, and still have to download seven of my nine movies. I definitely prefer to host the movies on my own websites, esp. as YouTube is a PR hole, it sucks links and users and never returns them.

Adsense: is it becoming Add-non-Sense

And last but not least, John Chow writes in his recent post about Google’s raft of changes to its Adsense program:

My gut feeling tells me that Google revenues are down and that they’re doing everything possible to post a good quarterly report, even if that means taking it from the affiliates who help them build their business.

This could be true for a number of reasons: the screws are much tighter on revenue and payouts to affiliates; Google is a PUBLIC company now and needs to march to Wall Street’s beat; the US economy is entering a Recession for many reasons (Oil, housing, inflation, interest rates, jobs, …); AND Google has been trampling on the very webmasters that made it is what it is today.

In the last six months, they have lost a ton of goodwill among webmasters for Adsense, PR, affiliates, etc., not to mention publishers, newspapers, mobile phone providers, writers, advertisers… I wouldn’t be buying Google stock at these prices. The stock is due for a huge fall even though it is down more than 20% from its highs just a few months ago. Hope you dumped your stock in the run up in early November. 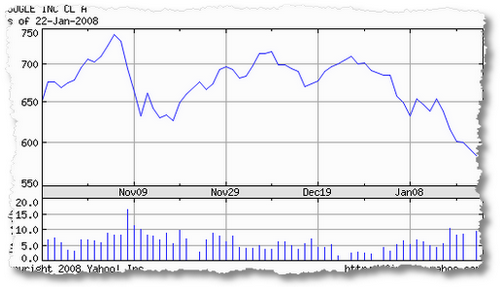 I’ve decided to open this blog to guest posting… so if you’d like to post something, drop by, register and write away. I can’t promise I’ll publish it, but if it’s a good fit, I will!

And last, apologies for not posting yesterday afternoon as usual, but I was exhausted in the evening… 😉