This post has been edited since it was first published (by mistake!)

For many bloggers, making money was easy: write a not-infrequent blog, add links from a company selling links, ads from Adsense, and sponsored posts from any of a dozen companies or more. Bang! After a few months, you could earn a couple hundred dollars a month. Or more. Sometimes much more…

There have been two opposite reactions to this:

But guess what? With all the recent changes at Google’s Search Engine, and the stricter payments for two bit websites like this, we’re needing to find new profitable ways to make money online, especially as ‘serious’ websites like Engadget still get the old style AdSense ads with large clickable areas (unlike smaller websites that get a tougher deal).

And the increasingly poor click rates on ads is not helping. It’s not good for bloggers in the World of Adsense. But now, I’m beginning to see a way to balance PR’s demands for NoFollow links with generating revenue that is better, more secure, and more stable than AdSense. 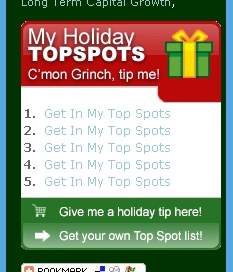 Well… take a look at this blog. I’ve been running Scratchback for a while on this blog (to no avail, yet!), but I’m planning to give the whole image an upgrade. It will work very well as a way to provide links for traffic (but not SEO) on your blog. It’s integrated with your blog as a plugin, and you can vary the rates. In addition, the commission is reasonable. So it should prove a good nofollow option for blogs currently using Text Link Ads. Scratchback does not currently operate an affiliate program to my knowledge. I don’t like the idea of tipping so much as that is particularly a North American phenomenon, so I’m looking to change the language on the advertisement!

TTZ Media is an affiliate program that allows you to place ads to products that are dynamically updated to your blog via scripts. I’ve been running this for a while, though one of the reasons I ran it initially was to add visual variety, it has been generating a little income from clicks. I’ve not worked out the best positions for the adverts, and it works better on an appropriate blog that has a gadgets angle of some sort: Tech, Travel, Video, etc…

The ads are quite sensible, and the click pay out is fixed… Both of these offer real products, real advertising, and real rates. I’ve not done well on clicks yet, because of poor placement, but this will work itself out.

These ads have been running on my sidebar for a while now. I wanted to try it out to see how people would respond to the ads. While I was aware that they offer AdultFriendFinder, I was also surprised to find out that they offer quite respectable matchmaking websites for all sorts of groups. Hence, when I found MillionaireMates, I thought it would be worth a try. And the results? Well, it’s getting a reaction of sorts from both clicks and viewers.

Apparently, one viewer thought that the picture was somewhat risque! Well, only about as risque as a Vogue magazine… But still… I should try to vary the pictures, esp. the age groups, gender, clothing… to see which elicits a stronger response. This poor visitor was prompted to turn on her ad blocker! I don’t quite know why this image is a problem…

Anyway, I’m now changing the image to something else. Apparently, experimenting is necessary for affiliate campaigns. European sensibilities in this area tend to be different from North American ones. As of now, though, I’ve not made any conversions. If I still can’t in a month or so, I may find another replacement.

AdToll is also a late comer to the market, but it offers a number of ways you can tweak your ads for you blog, as well as let you determine what advertisers have to pay to be on your website. I haven’t been getting a lot ads from them yet, but I did get two that were interested in my space in quite a short time. So, I have made a little money from this system. There is an affiliate program, too that works quite well.

I’ve included the video for your information, but mostly because I think it’s quite good.

These four ways are ongoing experiments on this blog. I hope that you find this of value. I’ve had some results from each of them, and given the traffic levels on this blog, the results are to be expected. I will be trying to optimize placement over the next few months, and I’m looking forward to changing theme after Christmas is over on January 6th. If you’re looking to monetize a website that is NOT a blog, then perhaps each of these methods would be effective as well.With Google recently enforcing nofollow, Izea planning to go the same way, it’s wise to get a start on planning for income from your website in the days after nofollow goes mainstream.