Judging by the number of posts that I have done on issues like secured loans, secondary mortgages, refinanced house loans, homeowner loans, etc.., you could be forgiven for mistaking that I wholeheartedly support them. But I do not. It really depends on who is borrowing, how much they are borrowing, what they are paying, why they need the money, …

For today’s post, though, I’d like to share an all too common problem in Taiwan that affects local homeowners, and this is a story that is true. One of my friends went back to visit her mother just last weekend because she had to vote in the Legislative Elections held in Taiwan nearly two weeks ago. On Sunday, I just happened to call her to talk about the rout that one of the political parties had experienced… Instead, I heard this rather disturbing story. (All numbers in NT$ – US$1:NT$32.5 est.).

The Principle Character and Her Principal

The mother (who is single, and has no independent income) was borrowing money as part of a secured loan on the family home. The house had been bought in the late 70’s in Taipei County, and had appreciated considerably over that time (by the order of 10x or more, I reckon).

But the mother had regularly dipped into the equity of the house for various reasons, including paying education fees, investing on the stock market, etc., so despite the value of the house increasing so much, and the initial mortgage being so little, the actual outstanding principal on the current loan agreements amounted to over $1,500,000 (I estimated it to be more than three times the original purchase price of the house).

Borrow and Spend Today: The End Is Nigh

Worse, just the day before the mother had tried to persuade her daughter and son to pay the installments on an additional $500,000 to fund living expenses for the mother (and unknown other expenses). This would have meant that the total amount of the expenses exceeded $2,000,000 and monthly payments would increase to approximately $20,000 per month.

Again, I don’t have access to the actual totals, the interest rates paid, or the terms of the loan(s), so I have no way to know if the amounts are correct or not. But typical mortgages in Taiwan are 20 years in length, and the APR is variable depending on the Central Bank of China’s lending rate. Obviously, secondary mortgages and ‘riskier’ mortgages may attract higher marginal rates than the standard rates (about 4% currently). Simple calculations using common numbers in Taiwan showed that they would need to pay an additional $3000 on the current installments – this is a conservative estimate. Given that they are already paying more than my own mortgage for their outstanding loan (and ours is $16,500 per month), it seems that they’d really be pushing the $20,000 mark.

Your House Is Not YOUR ATM Machine

There are a wealth of companies that in the late 1990’s and early 2000’s made a ton of money encouraging home owners to extract equity from their houses at variously reasonable to expensive rates to cover all manner of expenses:

Of course, when house prices were rising by 10% or more annually, this was an easy way to get ‘free’ money. And with interest rates at historical lows, who cared? You simply borrowed the money, waited a few months or years, and sold. Then the additional loans were paid off.

To buy a new house, you could always borrow 100% loans anyway (or more), and with rising house prices, that 100% mortgage would soon be a large fraction of the total value of your house. In fact, you could add all sorts of costs, fees, decoration, equipment, etc. to the value of the house loan in the expectation that next year, your house price would have simply increased enough not to worry about it.

The math for most consumers no longer works (if it ever did) when house prices stagnate, inflation jumps, oil prices increase, the economy slows, and jobs start folding. In fact, for many families, these pressures didn’t just come one at a time, but they came altogether. Then interest rates started jumping, too. Even in Taiwan, interest rates have already risen by 25% or more from historical lows. In America and the UK, interest rates are already over 5% on many mortgages. And that’s for standard mortgages. 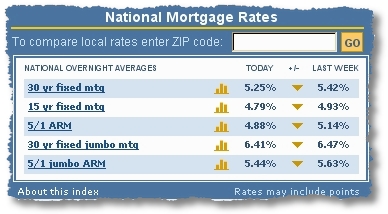 (all rates courtesy of BankRate.com)

Helocs are being quoted at over 6.5% in the US with some rates nearing 8% on a secured home. 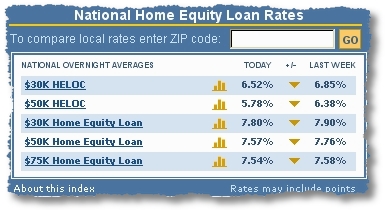 Given that most pundits are expecting interest rates in Asia to return to more historical norms (ie. 5% and above which, in Taiwan, was around 8-9 years ago), interest payments on that extra could add another 10% to the total if the rates continue to rise. Of course, property prices are rather buoyant right now anyway, and when the next batch of presidential elections are held in March 2008, things could move up even more.

While Taiwan is experiencing an upswing again in property, employment, exports, stock markets, currency rates, etc.. the same cannot be said to be true of the US markets. The pendulum starts swinging the opposite way. And all those house loans (that seemed a ‘sure thing’, just a few short years ago) are now turning sour.

For individuals and families, it is going to mean a period of difficulty: less spending power, job insecurity, house prices dropping, perhaps even a recession.

Are you ready for a bumpy ride?

If you’re not, you should start to make preparations: shore up your emergency funds, cut your spending for the short term, pay off the high interest debt as fast as possible, and budget more carefully in the longer term. Trust me on that one: my wife and I had to do this last year when our business went into something of a crunch. It wasn’t easy. But we survived. Things are better now. And they can be for you, too. But it’s a time for action.

And my friend, so far she refused to support her mother by taking on more debt for general life expenses; she has sought advice and suggestions on how to solve the problem permanently, though she faces some difficult decisions and discussions. But this is the kind of stuff that helps to determine what we’re made of.

What would you do if you were the mother? The daughter? Have you had experience of loan problems? Do share… You can always use a ‘nom de plume’, if you wish or email me privately.