In the modern world, credit is as essential an ‘asset’ as actual assets are. Without credit, it’s often difficult to buy the luxuries and even necessities of life. We rely on banks to provide the funds for this credit, but now credit is getting tight as banks are looking to shore up the loans on their books. Banks are now even refusing to lend to each other.

But how did people lend in ancient societies where banks were non-existent? Time Magazine ran a story in 2004 that explained one of the ways that Chinese society uses to raise money when getting credit or loans from banks is impossible. And in China it tends to be very difficult to get any kind of credit, even now.

The story was called “China’s Shadow Banks” which in tune with much of American journalism these days preyed on the idea of fear… In reality, the system is quite simple, and as a former participant (through my wife) I was afforded an insider view of the process from beginning to end.

Way back in 1995, we were planning to get married; of course we had almost nothing at the time, and so my wife’s friends organized a ‘hui’.

The most common type has about 15 members (carefully chosen by the organizer to make sure they are harmonious and feel bound to honor their promises to each other), and each member is expected to contribute $500 at every monthly meeting. This provides a monthly capital pool of $7,500. At the first meeting, a hat-drawing or other lottery decides which of the 15 members will get to take the fund home. At the second meeting, the remaining 14 members hold a drawing for the $7,500. By the 15th meeting, every member will have taken home the $7,500. In practice, this means fourteen out of the 15 rosca members will have received an interest-free loan.

In Taiwan, there were a number of differences in the process that were not accurately described.

When we did the Hui, interest was payable. In fact, because of that, each pool was less than the theoretical maximum. Interest rates were fixed at the start of the term. Another difference is that if it was the recipient’s turn, then that month the recipient did not need to make any contribution at all (after all, that would be a payment to oneself).

So for the first recipient of the pool, each of the other 14 members would pay the premium less the interest rate. Thus, if the premium was 1%, then each participant would pay $495 to the recipient. Then the recipient would make payments each month at the full rate until the term of the Hui in fifteen months. The second month would come around, and the second recipient would make no payment, but would receive the full payment from the previous recipients, and the discounted premium from those who had not yet received any pool.

This would go on through to the last recipient, who would receive the full premiums from the other 14 people, not pay a premium himself. In this case, the last recipient would pay no interest on the money at all, but would have paid 14 months at the discounted rate. Thereby, he’d pay $6930 but receive back $7500 (including his own premium).

Another difference with the article (worth reading) is that the rotation was either agreed by the members: if one person particularly needed the money for a wedding or house, then they would get it. If more than one person needed or no one needed it, a lottery would be used to determine who gets the money.

In our experience, it worked well with a small enough group of friends, though when I first heard about it, I was quite puzzled and fearful of the process. In practice, we were involved in two hui’s over the early years; and both worked out. The second hui actually resulted in us being picked last, and making a little money. 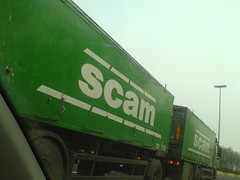 However, just a few years after, I heard of several cases where local people in Sanshia where my wife’s family lived either were so involved in huis that the whole scheme came tumbling down because they were using one hui to pay another. In another, the organizer ran away with the pool before the end of the term.

Also, there is risk that the hui will collapse but, another difference that I noted is that in Taiwan, the ‘hui’ had legal status as each member signed an agreement, and I’ve heard of ‘hui’s where members absonding has forced the hui leader to pay installments on behalf of the absconded members. And this does happen.

One of my friends married to a local asked me to participate in a hui with them. Since I didn’t quite trust the female partner, I baulked at the offer. Some months later, their business collapsed and they absconded. Of course, the hui would have been unpaid as the typical hui runs for 12 months or more.

In communities or groups of people where relationships are vital and everyone is interconnected, the social pressure would make huis more difficult to collapse as personal and family reputations were at stake; neighbors knew where you lived! In groups where relationships are not so tangible or direct, it’s much more difficult for the organizer of the hui to evaluate the ‘creditworthiness’ of each participant.

It is an effective way for Chinese to collect capital; it’s faster than savings, can be interest free, there’s no limits on how the money can be used, and it’s fairly secure. There’s an interesting discussion on Forumosa from a few years ago on how it worked.

I’ve been searching for an old spreadsheet which I will upload, but I can’t remember where I saved it. I’ll add it when I find it.

Follow the scorecard as I recap on 16 years of investing... just how good was I, compared to the market? Stay tuned!

InvestorBlogger.com is a participant in the Amazon Services LLC Associates Program, an affiliate advertising program designed to provide a means for sites to earn advertising fees by advertising and linking to amazon.com. Amazon, the Amazon logo, AmazonSupply, and the AmazonSupply logo are trademarks of Amazon.com, Inc. or its affiliates.

Return to the top of the page