After yesterday’s marathon posting about Technorati, I’m taking it a little easier for this weekend. I do hope that for those interested in blogging you find the Technorati posting useful and informative .

Some other posts that I have done this past seven days include:

I’ve been using my wife’s notebook with a Chinese XP install and Firefox, but recently, it’s been giving me a lot of headaches with disappearing toolbars. Unfortunately, my favorite blogging software is currently not working on that platform either. So sometimes when I’m watching a movie, I like to write my blog. I was just watching Robin Williams in the Movie “Man of the Year” and I was updating my movies on the school site to FLV formats, after killing my YouTube account.

It’s gone, and this was on a more regular system! Mmm… I wanted to blog the movie, too, but the wretched toolbar just wouldn’t not appear, and I don’t really like the Code Editor as it’s rather sparse for my taste. Increasingly, even on other English XP machines with FF 2.0.11 installed the toolbars are occasionally ‘forgetting’ to appear. Mmm. There seems to be a myriad of causes, too. Anyone?

Converting to FLV for embedded videos

Turning WMV files (from my YouTube account) into FLVs was driving me nuts, until I realized it was my patience (or lack of) that was causing 90% of the problems. In fact, once I just let the system work, the Riva FLV Encoder worked perfectly, and rendered them much better than I could have expected. Take a look at the FLVs on my school site. Riva Encoder and Riva Player are reliable tools that I have used to make FLVs for some time, and they seem to just work. 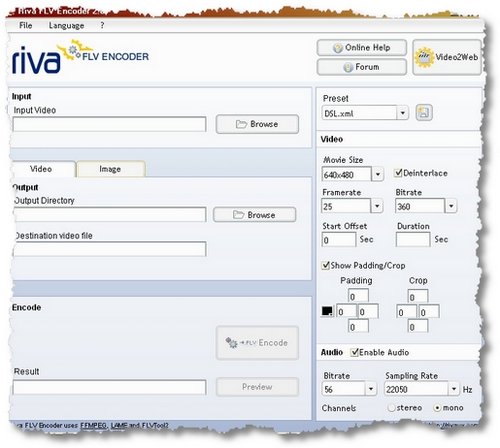 Riva says: “Transcode your existing videofiles to the advanced Flash Video (FLV) format with this free Riva FLV Encoder. After selecting a source-file you can easily transcode it into Flash Video using one of the presets or your custom settings.” I didn’t fiddle with the defaults, and it worked. If you need to work with QT formats, though, you will need to purchase the more expensive version. 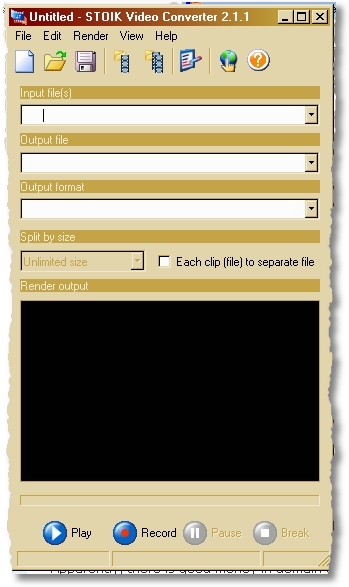 For those tougher WMV files, converting to AVI was sometimes necessary, so I worked with several pieces of software that made life hard, but STOIK Video Converter 2.1.1 worked a treat, too. Again, if you want to work with certain file formats, you may need to purchase the licensed version. The free version worked for me well enough, but since it was so muss free, I’d recommend upgrading. Stoik says of the free version: “Convert AVI, WMV, DV files in all possible combinations. Pick up one or multiple source video files, select output audio and video settings using preinstalled or custom profiles, and convert to single or multiple output video files. Now supports DivX + MP3 AVI, Windows Media 9, multiple file conversion, and file merging.”

I’ve never liked the license method for Quick Time or the fact that it behaves in certain ‘annoying’ ways on my PC, including autostarting, that I’m not convinced upgrading to Apple QT pro is the way I want to go… But I’m always keen on opinions from you guys! Anyway do check out the students’ own performance, written, directed and performed by my own students ! They did a fantastic job! I just wish my video editing and movie taking skills were better!

And that’s it for Saturday’s post. I’ll be posting a little more on usability and how to make your blog more visitor friendly!