Portable computing is currently all the rage and now notebooks are beginning to outsell desktops. On Saturday, I was reminded why. I had to move the Server computer just a few feet, but the wiring was unbelievable, just unbelievable.

In school I had to sort out the schools pcs properly, and the amount of wiring that I had to plug, unplug, untangle, retangle… was just incredible. Wires for power sockets (still not enough), wires for printer power units, wires for monitors, wires for boxes, telephone wires, USB wires… I hid everything down the back of a table so that I could get the job done. It is not tidy… 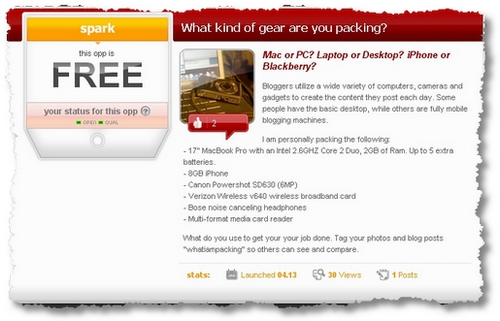 So when I was asked what kinds of rig I use when it comes to PCs… I jumped at the chance.

At work, we run five pcs with differing configurations and requirements. The first is mine which is a Pentium IV Celeron running at 2.4GHZ with 768MB of Ram, two divd/cd drives, and firewire installed. It’s not a particularly powerful rig and I noticed with XP sp2 installed, there are times when it just chokes… but other than it’s been pretty stable. I ran Windows 98SE on it for a LONG time because I couldn’t be bothered to upgrade… but once I had the option to upgrade a bunch of other stuff on the PC, I jumped. The PC at home is very similar except a slightly bigger RAM (1GB) and a brand new Graphics Card (Invidia GS7600) for a little extra power. Hard Disks have been replaced on both units at least once for safety’s sake.

There’s also a notebook that runs XP sp2 in Chinese from IBM, I think it’s 1.5MHz mobile platform. But with having only 256MB, it is seriously underpowered running Chinese XP. Chinese OSES usually need a lot extra RAM to benefit the most. I typically estimate DOUBLE! Other languages with difficult character sets are similar, I expect. 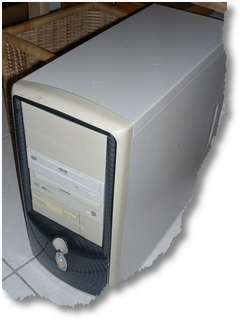 There are two second hand machines at work as well with specs that approximate a PC about six years old including 1.7~2.0Ghz Pentium IV chips and similar hardware. One runs the printers and fax now, the other runs the photocopier. Eventually I will replace at least one of them. Purchasing a second hand system was quite beneficial as we needed a machine at that time, but we didn’t have the budget… it was the middle of our bad year. Though I generally don’t recommend buying second hand machines, it worked for me several times. They’re fine for the light tasks they need to perform.

The last machine was a surprise investment as we urgently needed a new machine… one of the oldest computers just started flaking out too often. Likely it was just the OS needing renewed but we couldn’t be bothered reinvesting extra time and money in a machine that was already 8 years old. When it came I was quite surprised how XP can be so snappy on a new machine… and the box was L I G H T…! Very much lighter than I had expected. Unfortunately I can’t remember the exact configuration at all! It wasn’t an expensive machine: XP SP2 in English, 3.0Ghz Intel Chip with 1GB, I think.

About two years ago, we ran a very mixed batch of PCs with three systems running 98SE, one running XP, three running English and one running Chinese Windows. Eventually I got so fed up of the mess of systems, I started insisting on English versions of the software so I could maintain the rigs better. We’ve now switched 80% English on versions of XP SP1 and SP2. The Chinese Windows version runs SP2.

But standardizing went a few steps further: we had three versions of Office, one in English, two in Chinese; one Office 97, one Office 2000 and one Office 2003… so you can see it was quite a mess, really. We’ve done away with all versions of Microsoft Office, and now we are running only OpenOffice 2.3 in English on ALL stations. Other standard software has been installed: Firefox 2.0.13, Thunderbird 2.0.0, and a few more apps. There are a couple of tools we can’t find equivalents for in Ooo, but for the most part it works, it’s priced effectively, and licensing is no longer a REAL pain in the proverbial. At home, and on the CRUZER, I also run these three APPS most of the time.

Preferences are for notebooks? Sometimes…

Notebook computers coupled with a flash drive to port applications and data back and forth really do possess a lot of advantages over desktops:

And when you have to use a desktop or carry data, a simple flash drive means you don’t need to carry that portable as much anyway making it less likely to be dropped or stolen!

The biggest issue we’ve faced with our notebook is the sheer inconvenience of getting it repaired, though being an IBM it didn’t breakdown often. But if it does, it HAS to be sent back to the factory. The last time cost a pretty penny: NT$4000 to replace a keyboard. It included transportation and cleaning but that was scary. The desktops can be hauled (by me) across the street, and can be fixed by my favorite repair store quite quickly, especially if it’s a basic item like a CD drive or whatnot. Typically they turnaround my PC in 48 hours. And they are considerably cheaper.

What do you prefer: notebooks or desktops? New or secondhand? Let us know.