I wonder if anyone else has noticed this… yet. 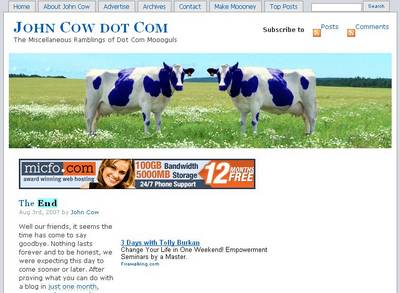 The recent parody website of JohnChow.com called JohnCow.com recently posted its final post called “The End.” In the post, the author claimed that he had been sued and was thus pulling his site offline. This post was noted in JohnChow.com’s website. It said: 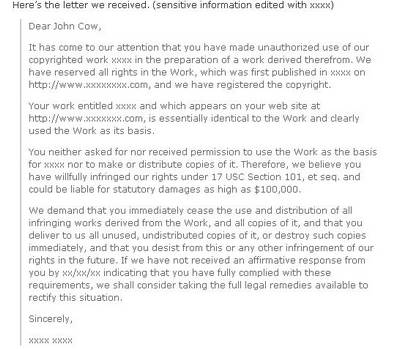 InvestorBlogger seems to be one of the first to note that the site is now simply redirecting to JohnChow.com’s website. Click and try for yourself: http://www.johncow.com . Could this be another evil ploy on the part of John? Could it be that John Cow’s website was in fact owned and parodied by none other than John Chow himself. Now that would be evil!