It’s nearly a week since I started the move to clean up and reorganize my server. It was after yet another outage… and a huge spike in server usage. Take a look!

This wasn’t the first time that I had experienced such a spike, things had been pretty stable for a few months. But it was enough to prompt me to start reorganizing my sites: I manage/own over a dozen sites (some with no traffic, some with no income, some with no success!). I had to start by issuing this email to my clients!

Step One: Moved this blog

So, I signed up for a BlueHost account and transferred this blog to their hosting. In fact, the whole transition was relatively effortless, bar one problem: when I moved my install I somehow imported the posts into the database in the wrong format: ie. I think it was UTF-8, not Latin1-Swedish) I’m still wondering if it’s a big problem or not. Most of my posts look fine, but then some posts are hideous. 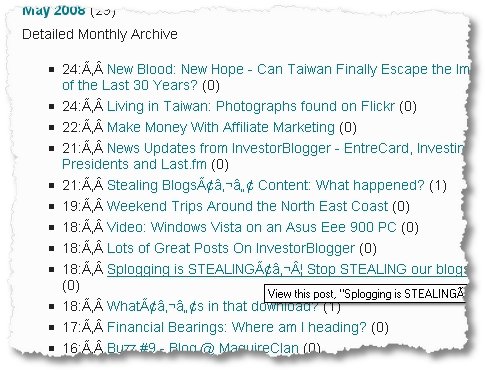 Since it doesn’t affect every post, I’m still confused at how or why it’s occurring. The other slight niggle was that I lost my install of Affiliate-o-matic, including the important files for configuring the updated versions! 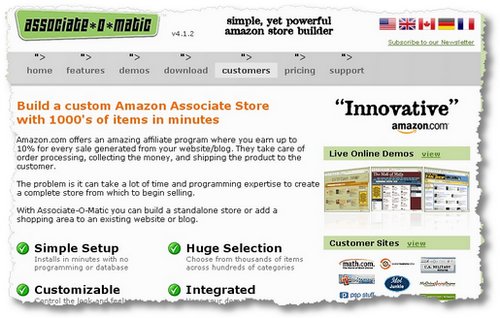 In fact, courtesy of this program, I’ve created nearly $900 dollars worth of affiliate sales of books since I started doing it a few years ago. That’s without much tinkering of the script, in fact you can check it out installed on my site ! It’s now working again!

Having had the original account for four years, a lot of crud had built up: old data not removed, old installs not cleaned up, old databases not used in years, … so I spent 7 days reorganizing everything. I finally rooted out all the old unused sub-domains, installs and refugee data. Each of the users was allocated a new FTP user account, their essential data was moved to the new location, old data was stored or removed. Finally, I rebooted the server.

I’ve reached a decision point though with regard to Dreamhost. As a regular Dreamhost user, I am impressed by the facilities offered, the relative simplicity and help that is offered. In fact, in terms of simplicity, it is light years ahead of BlueHost. But Dreamhost’s biggest issue has been their stability – some of that was my own fault, I guess. But for business reasons, stability is more important than depth of resources available: some of the recent downtime since last August has really begun to affect my own traffic, as well as my customers. So we figured it’s time to move to more stable resources (or at least the business-related sites). I’ll keep the other sites here because the hosting on Dreamhost is just fine. But when traffic or business demands change, it’s wise to find the appropriate solution rather than whine and complain about the problem.

If you are facing a problem with your hosting company, you SHOULD have an alternative plan up your sleeve. There’s no use paying a little money for hosting and expecting it be totally robust. Dreamhost do their best, and for the money, they really do provide value for money. But if you’re livelihood depends on your website(s), you really need something SOLID.

So, my hosting needs will split into three: one site for this blog, a stable host (for the business sites), and Dreamhost for all the nascent sites until we see how they develop! I’m hoping that I can keep the costs within my budget, but anything has got to be better than throwing nearly $60 a month at broken servers!

What are you using for hosting? How is their service? How much do you pay? What problems did you encounter?