It’s NOT Computex, there’s no John Chow… and there are no freebies for you guys! (This time!…)

Today was the last day for the 2007 IT Month Show in Taipei, and I went along to see what was going on, to do a little ‘bargain’ shopping and get some snaps of some cool devices… Unfortunately, most of Taipei City and Taipei County (combined population approx 6,000,000 inhabitants) also decided to go, too. 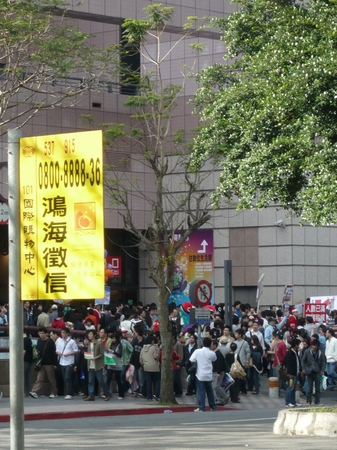 As you can see from outside, and inside! 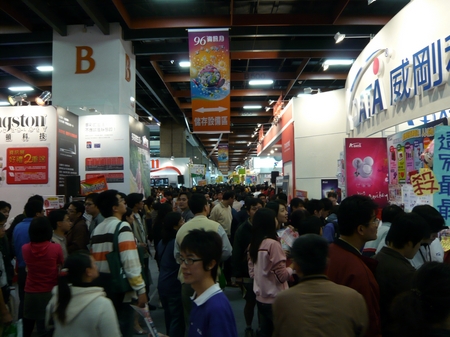 It was difficult to get any pictures of the stall presentations because there were too many basketball playing supertall visitors! Mmm… Still, this is the Transcend stall, and free pens were being given away! I didn’t catch any: it was too difficult with a camera in one hand, and a cup of coffee in the other! 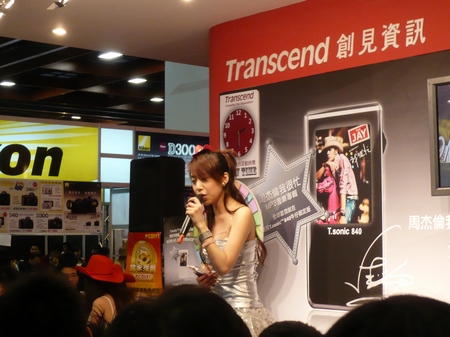 Aha! The HTC stall, with lots of pricy but ultra cool models… They really do give Apple a run for their money, and they’re available NOW! So… why wait!? 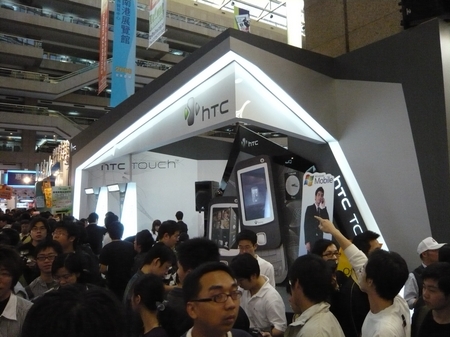 The HTC stall had some really *cool* phones, including the TYTN II, the Touch, and I got to try one! 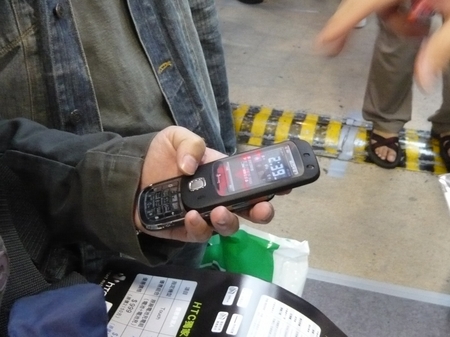 Can you spot this model? Of course, this one is MY hand… But the glare obliterates the lovely screen. 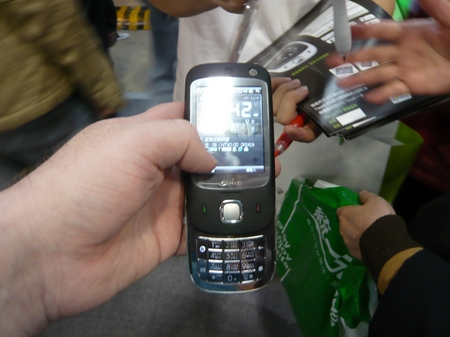 Slipping over to Lenovo, I thought I’d entered a car exhibition, as their F1 car was on show…! No mere pc simulations here…! 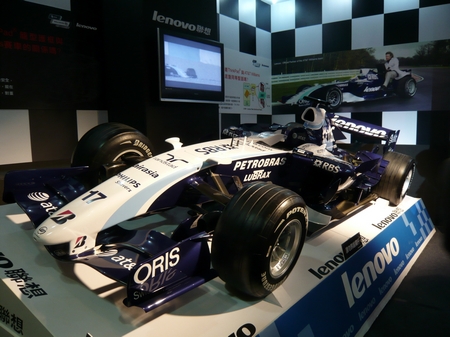 Vroom!… And onto the other Hall 3… where the Asus Eee PC had their very OWN stall separate from the ASUS stall! And it was crowded… but not as crowded as the primary stall… Wow! Still, there’s a large amount of interest in the ASUS Eee PC, and I found out that the black models are now available, as are 8GB models, and pricing is good… 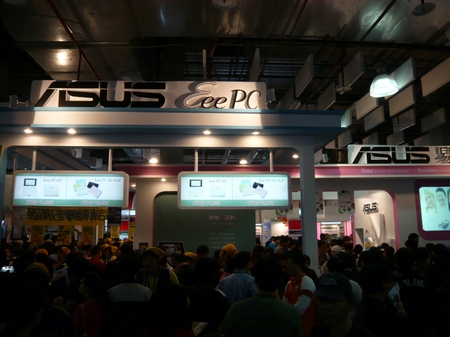 I think this model is the 8GB model, but I didn’t get a chance to try it! I tried the 4GB and noted that the keyboard quality on the model seemed much better than the first models I tried a month or so ago! Of course, the Eee PC 8GB was on sale but there were no more in stock. ASUS were taking back orders only for that! 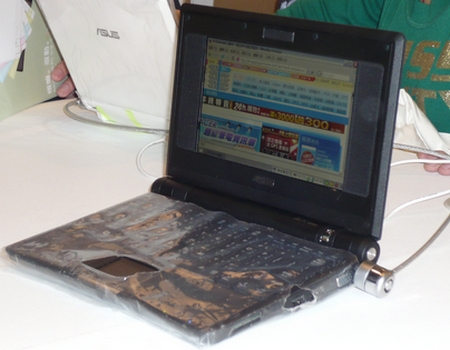 It has 1GB of RAM and 8GB of internal flash memory and runs on the same 900MHz Intel Celeron chip. Battery power is rated at 3.5 hours, as well. So it’s quite a respectable device. Matched with a portable 2.5″ hard disk with 120GB of space, this would make an acceptable device ‘for the road.’ 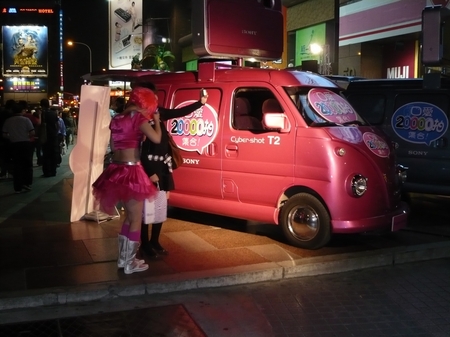 This picture was taken from the Sony Cybershot T2 trucks, I managed to get the pink truck, but there were three or four different colors of trucks all selling the range of Cybershot cameras… Cute trucks, nice cameras! 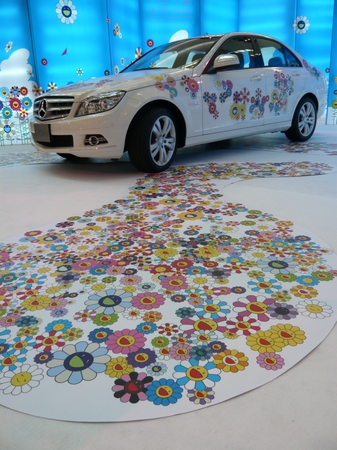 And so I thought I’d end today’s trip to the World Trade Center’s IT Month 2007 with a picture taken in neighboring 101 shopping mall. The Mercedes C Class… with a rather unique paint job. (Anyone know why shopping malls and exhibitions like to display CARS…?)